A tiny kitten in Southern California was gifted a second chance at life thanks to a Good Samaritan.

The Good Samaritan found the 2-week-old kitten, Otter, and his sister, Bunny, after they’d been abandoned by their mother. According to GeoBeats Animals, both kittens were in terrible condition when they were found.

Bunny was missing parts of her legs and Otter was missing part of one leg and suffering from a hole in his skull! Beyond those major ailments, both kittens were sick and flea-infested.

Thankfully, they went to the perfect place for care and recovery: The Baby Kitten Rescue in Los Angeles, California.

The rescue was started by Caroline last year when she realized she wanted to impact neonatal and special needs kittens in a bigger way. Most special needs kittens that are taken to shelter end up euthanized but Caroline gives those kittens a chance to heal, recover, and find homes willing to adapt to their needs.

When Otter and Bunny came into her care, she knew they were both facing serious health issues and the care they received would be the difference between life and death.

Otter, especially, was at a high risk for infection and injury due to the hole in his skull. Not only did he have a hole, but his brain was protruding from that hole. 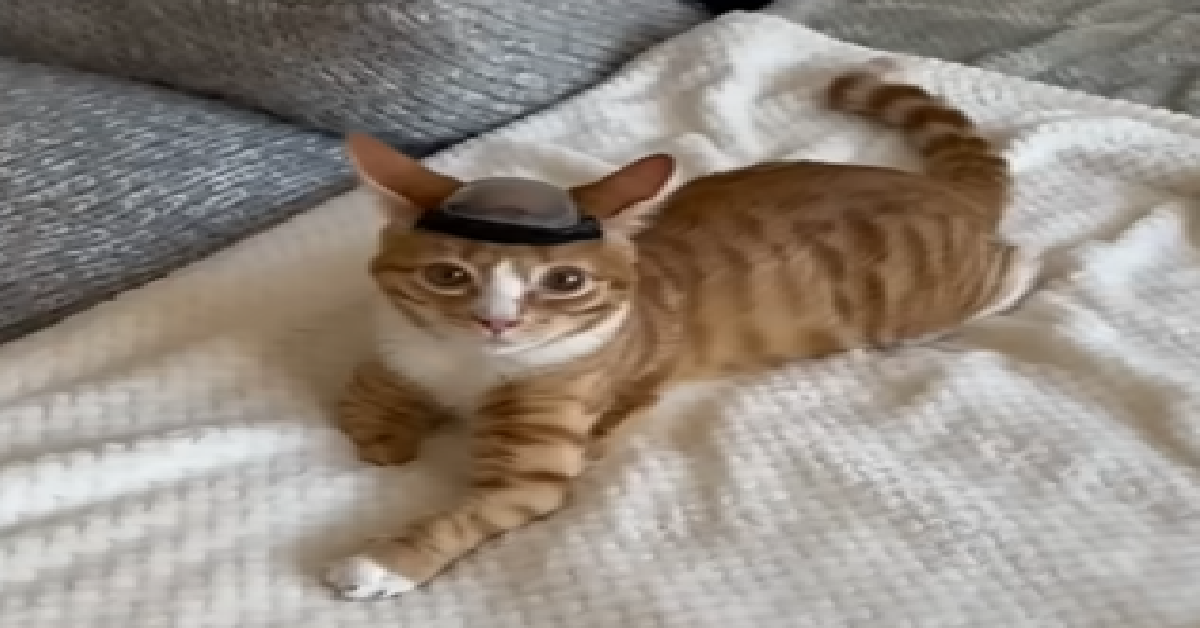 Photo: YouTube/GeoBeats AnimalsInstagram that Otter was able to undergo surgery but it was an expensive procedure. They thought they had a grant for the procedure, but it fell through leaving Caroline to cover nearly $4,000 of the surgery out of pocket.

After his incision heals, Otter will finally be helmet-free!

While Otter still has a little bit of healing to do, he’s on the right path! Thanks to the surgery, he’ll no longer have to wear his helmet and he’ll be eligible to find a loving forever home alongside Bunny.

Speaking with GeoBeats Animals, Caroline shared that Bunny and Otter will be adopted out together since they’re bonded and love each other.

Check out the video below:

Considering both Bunny and Otter had interesting and rare health complications, they’ll need to go to a special hom

You can keep up with the Baby Kitten Rescue on Instagram, @babykittenrescue.