Sea turtles face many challenges, with six of seven species listed under the Endangered Species Act and on the IUCN Red List. Threats to their survival include habitat loss, entanglement in fishing gear, and pollution. One of the biggest threats, though, is humans, and a new study shows just how impactful we are.

According to research recently published in the journal Global Change Biology, more than 1.1 million sea turtles were poached between 1990 and 2020. Further, the study found that over the last 10 years, as many as 44,000 of the animals were exploited on an annual basis. This was across 65 countries and territories.

An Arizona State University team compiled the data through a review of journal articles, media reports, NGO reports, and online questionnaires. A bit of good news, though, was that they found a decline of 28% in the reported illegal exploitation of sea turtles over the past decade. The team says that shows wildlife managers may be doing something right.

Kayla Burgher, co-first author and ASU doctoral student, explains, “The decline over the past decade could be due to increased protective legislation and enhanced conservation efforts, coupled with an increase in awareness of the problem or changing local norms and traditions.”

Another somewhat encouraging find was that most of the turtles illegally exploited over the past 10 years came from large, stable, and genetically diverse populations. The team says that means these current trends are likely not having a huge impact on most of of the world’s major sea turtle populations. However, the researchers say their results should be interpreted cautiously, because the topic is hard to study.

Jesse Senko, co-first author and assistant research professor at ASU, explains, “Assessing any illegal activity is difficult, and the take and trade of sea turtles is no exception, especially when it becomes organized or connected to crime syndicates. Our assessment also did not include eggs or turtle products, such as bracelets or earrings made from sea turtle shells that could not be easily attributed to individual turtles.”

Despite the limitations, there were some important findings researchers believe can help address the issue of sea turtle exploitation. That includes a geographic focus. The team says Vietnam was the most common country of origin for illegal sea turtle trafficking, with China and Japan the most common destinations.

There were also two species that were disproportionately targeted: green and hawksbill turtles, which accounted for 95% of poached sea turtles. Both species are listed under the Endangered Species Act and the IUCN Red List.

The team hopes these findings can help conservationists and lawmakers create policies to further protect sea turtles. They also hope that a balance can be struck to benefit people and turtles.

Would you like to do your part to help? Consider signing the pledge below. 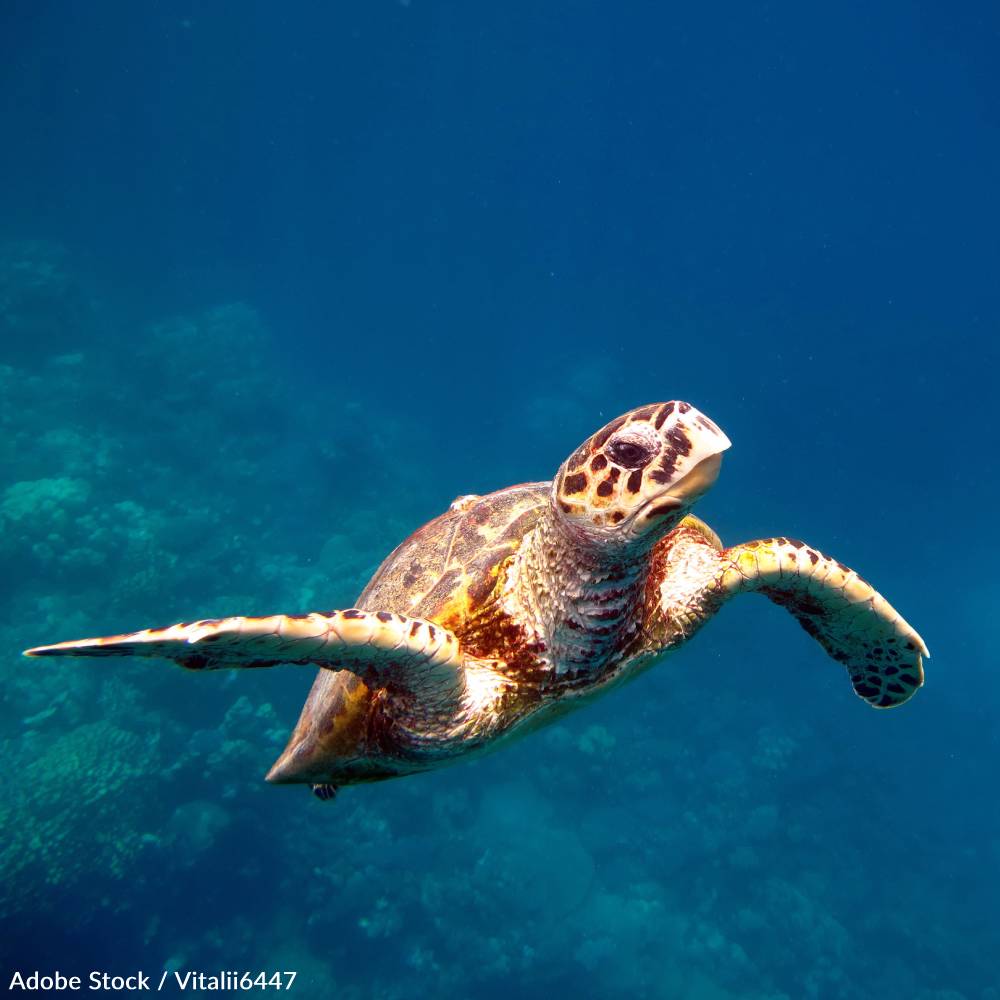 Sea turtles face many threats, from climate change and fishing gear entanglements to pollution and poaching.

This has led six of seven sea turtle species to be listed as either threatened or endangered.

There are things you can do to help sea turtles in their plight, however.